Cllr Ashley Cartman[1] said: “We are two months into a Conservative Majority, and 9 months away from full withdrawal from the European Union, but now is not the time for resting on our laurels. Our Liberal Democrat led authority have worked to make North Somerset a more open, fairer and greener place in live in this week’s budget despite the funding challenges imposed by this Tory Government. North Somerset Council is acting as the last line of defence to Conservative policies, which is something we can be proud of.”

Baroness Bakewell of Hardington Mandeville[2] said: “Boris’ Administration is going to be a painful one for our rural and coastal communities, prioritising cost-effectiveness over fairness, shiny infrastructure over essential connections, and willing to sell off our natural resources to the highest bidder. We must all take it on ourselves to adopt the thoughtful tone and steadfast energy of Paddy Ashdown to demand better for our towns, villages, and local communities.”

Tickets were available for £30 from Angela via www.nsomersetlibdems.org.uk/annual_dinner_2020 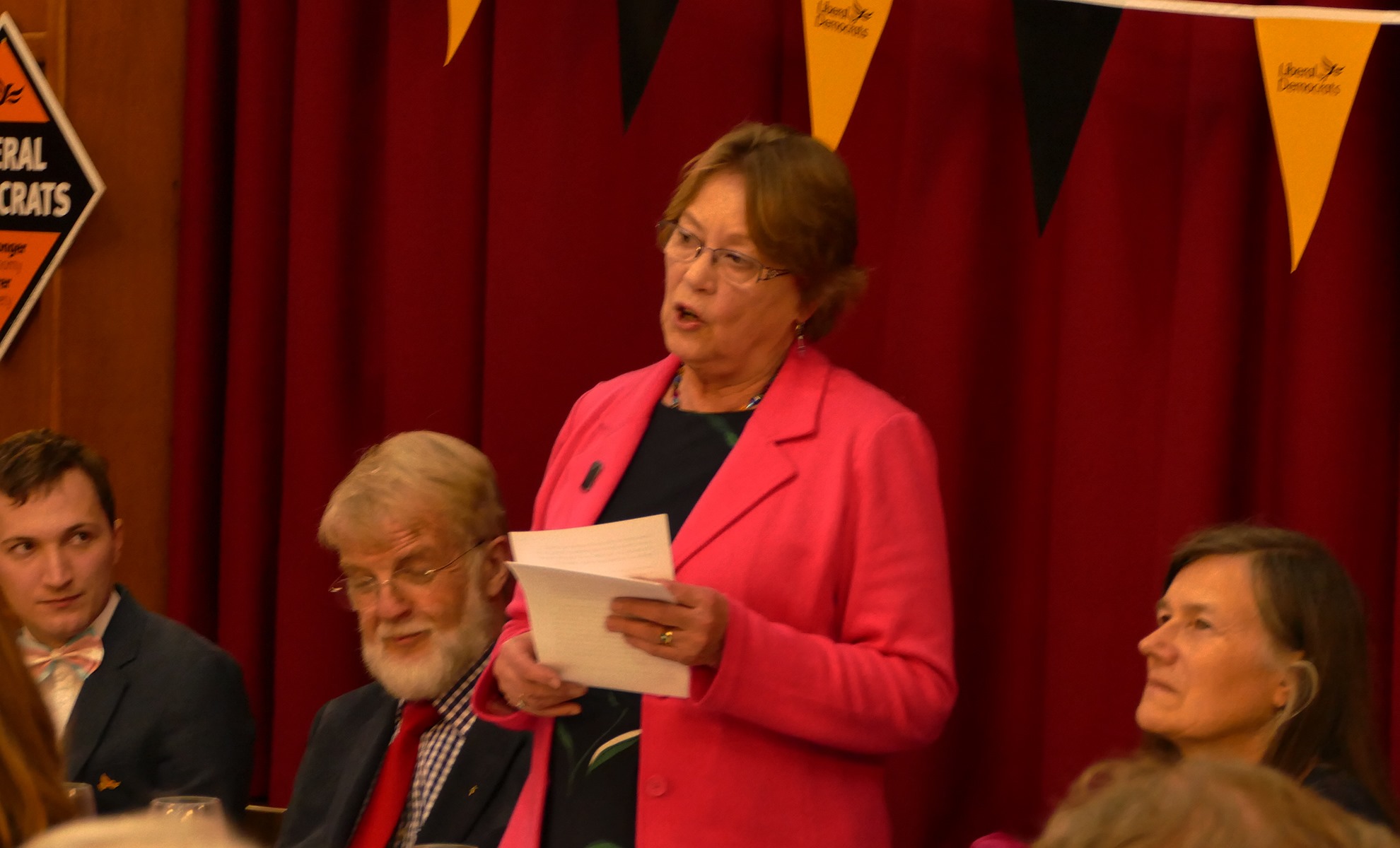