What's Next For The Lib Dems: Life After The EU With Martin Horwood 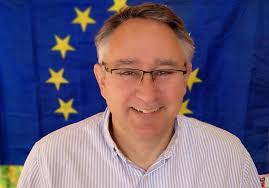 What's Next For The EU

We’ve spent years of our lives listening to the Brexit debate, from the start of the referendum campaign to our final European Parliament elections.
The Liberal Democrats achieved one of the best results in our history, winning 16 seats in the European Parliament, as we campaigned tirelessly to stop Brexit.

But Brexit has happened - so what’s next for the Liberal Democrats?

Join us for our first social event of the year - a Q&A with guest speaker Martin Horwood - on the 21st of January from 7:30 pm

Martin is a former Lib Dem MP, representing Cheltenham from 2010 to 2015, and was one of our two Lib Dem MEPs for the South West of England and Gibraltar in the run up to Brexit.

With a career that spans two parliaments, years in international aid, and a life-long tireless campaign to protect the planet, Martin has a lot to offer as we discuss what’s next for the Liberal Democrats.

This is your chance to hear what it was like to be an MEP in the run up to Brexit - ask your questions - and discuss the future of our country as we move into life after the EU.

Due to the current national lockdown, we’ll be hosting the event safely over Zoom, a free video calling app.